Grow lines of business by 50%

Sign up for our NBC newsletter to get the latest information on our journey to open the best craft beer brewery in Central Texas. Mailings are light - usually 1 or 2 per month. 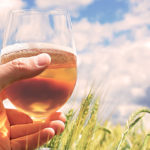 NBC will be out at the Navasota Reds, Wheats, and Blues beer and wine festival on Saturday, December 16, 2017 starting at 4pm. Four NBC beers will be available for tasting; Early American Pumpkin Ale Weissbier (German Wheat Beer) Great Lakes Cream Ale Pecan Porter We will also do a brewing demonstration in Blues Alley […]